This past weekend, dads were recognized for all they do with their families.  A lot of cards, cookouts and cold beverages all around. As I sat down after spending time with my family and enjoying another wonderful Father’s Day, I hopped on Facebook to see what other dads did to celebrate. I saw father-child baseball games, brunches, hikes and lots of hugs.

But I also saw things that made me realize what people think of fathers on a day that should celebrate them.

I saw posts wishing Happy Father’s Day to single moms who do the work for both parents. I saw posts putting down their dad for not being there. I read one post that had a study of how dads need to do more for the working mom.

Now don’t get me wrong, moms are some of the hardest working people on the planet and there are a lot of problems surrounding fathers, but let’s celebrate the dads who are stepping up in ways they have never done before.

Let’s give the dads that are being great role models a time to be recognized.  I know that there is a fatherlessness epidemic in our country, but let the guys who are setting the example have a day where they are not put down.

Over the years, we have seen a shift in the roles of fathers.

Many more dads are staying home to take care of the children, more households are relying on two incomes instead of just the father’s job, and dads are taking on more of the chores such as cooking and cleaning. All of these are steps in the right direction. However, our society is not celebrating these steps.  Instead of celebrating this, dads are being portrayed as goofy, cheesy, and clueless men.

In a lot of shows as I was growing up, there was always a strong father. Granted, they did not have the same roles as many men today, but they were looked to as role models.  Look at Mike Brady (The Brady Bunch) and Ward Cleaver (Leave it to Beaver) and Phillip Banks (Fresh Prince of Bel Air).

They were respected, hard-working and caring dads who loved their families.

Fast forward and look at where we have gone.

It all turned starting with Al Bundy (Married with Children), a dad that is demoralized for working as a shoe salesman, put down by his wife and never respected by his kids. Another example, Homer Simpson (The Simpsons), is portrayed as a dumb, clueless dad who burps and eats all the time without manners. Phil Dunphy (Modern Family) is referred to as ”the kid’ that his wife is married to. Dre Johnson, Sr. (Blackish) is cast as stubborn, loud and a know-it-all being called names by his father.

The closest thing we have to a great dad on television is Jack Pearson (This Is Us) and spoiler alert, they killed him off. Seriously, can’t we have one great dad.

Kraft did a campaign for Father’s Day where the ‘cheesiest’ dad stories will win a bust of their father carved out of cheese.

Great marketing ploy, but how about casting dads in a positive light, especially on Father’s Day.

There are always posts and videos about the worst dad jokes.  Yes, many are funny, but is that all that dads are good for, being funny? Let’s look at Tide commercials during the Olympics that show mom taking children to practice early, washing their clothes, cheering at every game, and closing with ‘Thank You, Mom.’ Again, well deserved as moms are amazing and should get credit but what did Tide do for dads? They created a ‘Dad Mom’ commercial of a man folding clothes, poking fun at him for staying home.

I know that commercials are geared toward the moms, but come on. How about a thank you dad for all the hours we spend coaching, all the pitches we throw that make our arms hurt, all the shirts we sweat through on the practice field, all the lineups we write in the middle of our workday, all of the carpools we drive, all of the grass we cut, all of the cars we fix, and I could go on but you get the picture.

On the flip side, Dove put out a campaign called ‘Dear Future Dads’ honoring great dads and supporting paternity leave.  This is amazing and a step in the right direction, but there needs to be a lot more of this.  A lot more of the positive and having both parents around.  The more boys see men as dads, the better.

Having said all of this, instead of using dads as the butt of jokes, let’s put dads that are taking a more active role in the home on a pedestal.

Instead of carving faces in food, let’s show how a dad is a hero to his little girl and put a cape on him.

Children emulate what they see. Don’t we owe it to our young men to see strong dads on television?

Why can’t we give good dads credit on Father’s Day and do things that address fatherlessness the other 364 days of the year?  Don’t we realize that many of our societal issues stem from the breakdown of the central family?

Let’s take one day and showcase dads doing it right. 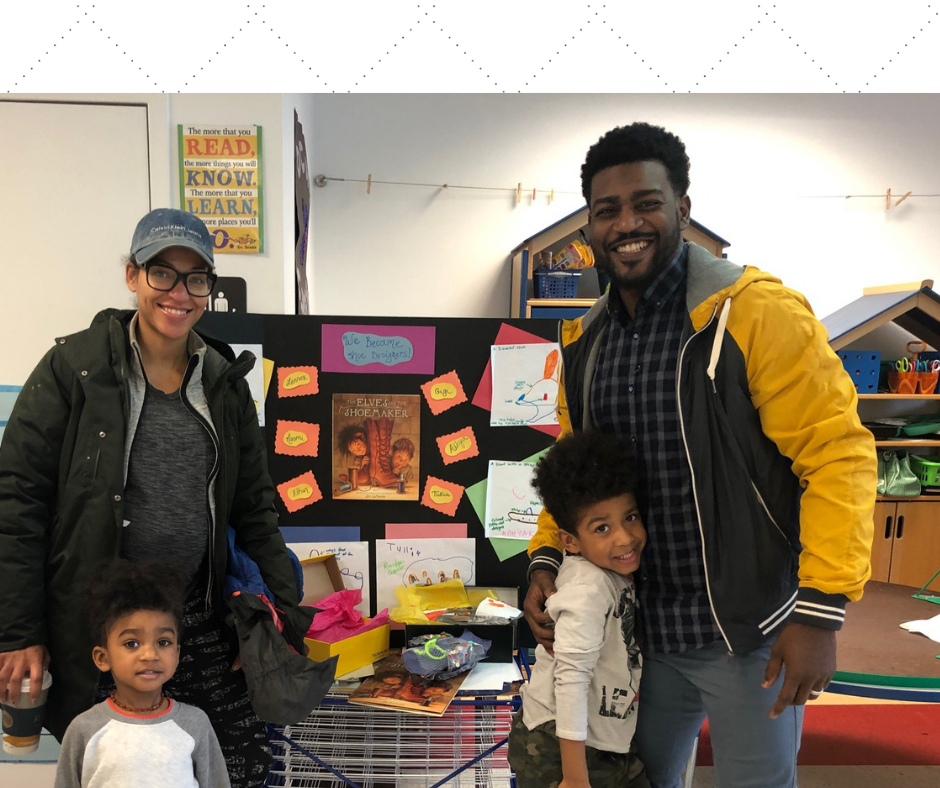