I know, a super fun topic to talk to your kids about, right?

If I could have avoided it, I would have,

but four years ago in January, my Mom (their grandmother) died.

Last year, I wrote an article about living with that grief. It ebbs and flows. It affects everything that you do as a person and a mother, even as you are able to eventually have hours without thinking about it. But this year I want to talk more about walking through grief with your child. What do those conversations look like? How can you talk with and help your child process even as you are struggling through that yourself? I’m not an expert, but I have learned a few things.

Although it would be helpful, we can never know what our children are thinking, so let their questions and need for talking or processing grief lead the way.

After my Mom died, my three year old asked often where Grandma was and if she was still dead. Sometimes it was hard for me to answer because I was fighting away tears and other times I just wanted to talk about her for hours, but I learned to simply answer his question as directly as I could and see if he had other questions as a follow up. He wasn’t asking for a philosophical discussion of mortality. But he was curious and wanted an actual answer. Some days a one sentence answer was enough. Other days he then wanted to know where heaven was and when he would see her again and if she could see him and so on. These questions are tough because I don’t know all the answers and you probably don’t either.

Sometimes my answer was simply that I didn’t know but I hoped so. Or that someday we might know the answer. That’s okay. Honesty and being direct can mean an “I don’t know answer.”

Talking to your children about grief changes over time.

Now, almost four years later, my seven and four year old don’t have as many specific questions and they have few memories of her. But I want them to know who their grandmother was, so I focus on reminding them about her.

When they are playing with a gift she gave them, I tell them it was from her. If we play a game that she enjoyed, I let them know. Sometimes, when we notice the beautiful birds out on the deck, I tell them that grandma loved birds and we used to own some as pets growing up. These facts sometimes lead to more questions about her which I gladly answer and other times they smile and move on with their day. Either way, I am making sure she is not forgotten and that’s what I need.

I want them to know how much of them and me is from her.

Dealing with grief is never easy. Dealing with grief while also parenting young children adds another layer of difficulty. But by being as honest and straightforward as you can, by letting them lead the way, and by reminding them of the good memories, you can make it through one days at a time, and so will they. 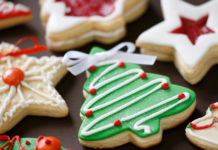