Fair warning that this blog post might be half rant and half helpful. I’d also LOVE your comments and opinions on the matter as we all know there is no go-to manual for these situations, especially with child #1. In August, we made the decision to leave a Montessori school that our daughter had been at since she was 2. We found another school that was opening in the fall but not until late October. That left us with a few months to fill in the gaps.

We thought long and hard and came out with two options: homeschool her for those few months or send her to our local public school and then transfer when her new school opened. We asked Rocky, and she wanted to ride the bus and go to the public school to still see other friends.

My husband and I met with the teacher before Rocky began school.

We explained that she was coming from an environment with a small class size, child-led activities, and absolutely no technology (the public schools give each child an iPad).

I also explained that she tends to be hyperactive. When she becomes bored with the lesson, she will most likely get up and dance or find another activity.

And I made the teacher aware that she was proficient in cursive but not yet in printing.

The first day, Rocky hopped up the stairs to the bus with passion.

She returned home with a note from the teacher about her lack of listening and attention span. I found out that she had not asked to go get water, and she left the reading circle to pursue other interests.

They have a colored behavior chart in the room. Rocky came home with a yellow (which is not a green if you can guess). I inquired about it and my brilliant daughter responded, “I know mom. It’s my favorite color!” Here is a child who I would not put it past to do the bare minimum of mischief to come home with a yellow. She also told me that “Kyle got green so the teacher loves him more than she loves me. I am bad.” No. That did not just happen, did it?

After 8 days of school, the school asked for a parent-teacher conference. I figure that has to be some kind of a record, huh?

The teacher informed us of Rocky’s behavior.

Getting up from her desk without raising her hand. Leaving the class to go to the water fountain. Refusing to get off the iPad when it was time to transition activities. And worst of all, she didn’t know her alphabet or how to write her name.

I sat back and listened trying to understand what happened. Rocky was successful at the other school.

After asking a few questions, I realized that the teacher was testing her alphabet by asking her to write in print. She was also allowing the children to work on their iPads first thing in the morning.

I explained that in Rocky’s old class, the teachers encouraged the children to be independent.

Going to get water or a snack was permitted….but I said I’d have a talk with her as she needed to respect the new classroom rules.

My next statement seemed pretty obvious to me. “If you start her day with an iPad, it doesn’t matter if a purple unicorn on a seahorse comes riding through the room. You’re not going to be as interesting as that iPad.”

I also told her that Rocky was most likely not going to respond to the behavior chart as she had intended…but that I’d have a talk to encourage her to always treat her teacher and other students with respect. I’d tell her to follow directions. And hopefully, that would correspond with a color, but…

I wouldn’t judge my child as good or bad based on a color.

The teacher has since not begun the day with an iPad, allowed Rocky to write in cursive if she still practices printing, and Rocky is raising her hand.

I was warned that my daughter would be receiving mostly Us for Unsatisfactory on her report card since she was “so far behind.” I also received a note home that they wish to offer her extended days since her reading level is below the average for the class.

Now, I don’t really care about her not meeting a national standard. She is an individual, and she is also going through a big transition. Maybe that’s a mistake on my part. But I’ve spent enough time with kids and adults to know that we all excel in different areas and are motivated in different ways.

When I asked about the extended days, it was due to Rocky not paying attention during the day. It was not that she couldn’t do the reading, she just didn’t want to and didn’t engage. So my kid is bored during her 6 hour school day with 24 kids. She refuses to do any more work. And your solution is to turn her day into an 8 hour day, keep her at a desk, and present her with the same work she was bored with during the day? And what do you hope the outcome to be?

I recognize that she is my child, and I am biased.

But this process seems a little backward to me. I don’t know any 6-year-olds who can sit at a desk for 6 hours and still be engaged and not have extra energy to use in possibly less than appropriate ways.

I’m also not sure this stoplight behavior chart is really teaching the kids how to treat others with kindness and respect. Should I put one up in my office for my team and clients and see what happens to morale?

As I said, I know this was a lot of venting, but I don’t want my daughter to feel as though she is stupid, not as good as the other kids, or that I’m not proud of her for the awesome human being that she is. I know she is genuinely curious about how the world works, and I want to support that.

If you remember nothing else from this rant, it’s that I truly believe that each child is gifted. Just finding that environment where their gifts can shine seems to be the opportunity/challenge. 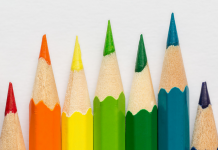 5 Things to Practice the Summer Before Kindergarten